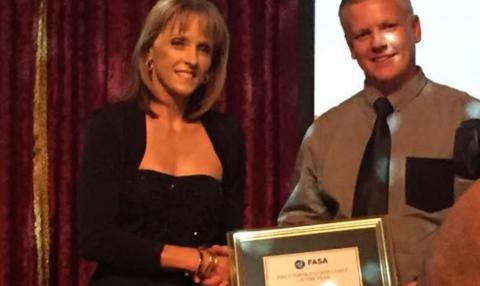 It has been a tremendous honour to partake in the prestigious FASA Awards 2016.  The winners were announced on 6 April 2016 at the Movida Night Club in Sunninghill. The group entered four separate categories and we are humbled to say we were nominated as finalists in each:

Zeldi is not only a team player but also understands the importance of a great performing franchisee. Not only does she focus on the franchise owner but she has shown great appreciation for the staff in the stores who represent the brand and are the first touchpoint for any customer visiting one of the stores. As a business developer, she completes tasks and processes aimed at developing and implementing growth opportunities within and between organisations.

Zeldi’s energy is contagious. She knows how to motivate and inspire franchisees and their teams. It is her passion to grow and develop people. She creates long-term value for our organisation that varies from customers to markets and relationships. The Imbalie Beauty Group is proud to have a strong team of business developers and Zeldi has truly elevated herself as one of the leaders in the group.

This award’s purpose is to honour the contribution of franchisees who contribute to the success of any franchise brand. Even though high turnovers and compliance are considered, passion for the brand and some innovative enthusiasm are also factors that are considered to distinguish the franchisees contending for this award. As per her nomination by Imbalie – Madelein is the proud franchise owner of three Placecol Skin Care Clinics. She always demonstrates strong leadership qualities when making decisions within her businesses. She is a strong franchise owner-operator who always sets an example for her employees. With her involvement and commitment in her businesses, she has achieved double-digit growth over the last couple of years. Her participation and contribution towards the franchise network are highly valued. 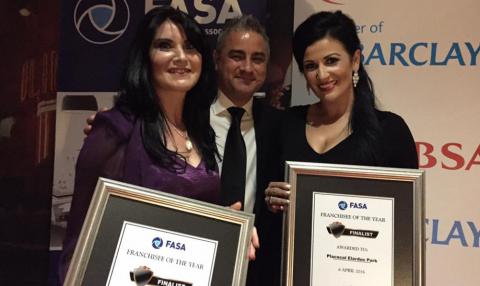 Susan is a strong franchise owner-operator who always sets an example for her employees. With her involvement and commitment in her businesses, it is not surprising that she was a finalist for this award. We are excited to see her grow and we believe that she can build on this success to take her to new heights.

We are boisterous about the fantastic exposure our group received from the FASA Awards 2016 and we believe that we can build upon this success by working together as a team, honouring our core values of integrity, teamwork, responsibility and accountability.